If you are in the process of constructing your financial plan, then there is a good chance that you should consider adding life insurance. This is because the proceeds from a life insurance policy can be used for many needs that your loved ones and survivors may have, such as paying off debts, continuing to pay ongoing living expenses, and/or keeping a business afloat.
However, before you go out and purchase a life insurance policy, it is important that you keep some key factors in mind. For example, be sure that you have a good idea regarding the right type and amount of coverage that will best suit your needs.
You should also take some time to research the insurance company that you're considering purchasing the coverage through in order to make sure that it is strong and stable financially, and that it has a good reputation for paying out its claims. One insurance provider that meets these criteria is Aflac Life Insurance.

The History of Aflac 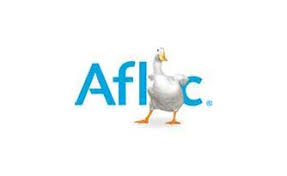 For many years, people have seen the Aflac duck on the company's famous television commercials. However, this history of Aflac goes back quite a long way. Aflac - which is an acronym for American Family Life Assurance Company - was initially founded in 1955, with the idea that the principal founder, Jon Amos, along with his brothers Bill and Paul, had for protecting those who have various medical situation.
At the beginning, the company was initially headquartered in a six-room complex in Columbus, Georgia. When it first began, Aflac has only 16 employees and 60 agents. In just the first year alone, however, Aflac accumulated more than 6,400 policyholders, and roughly $388,000 in assets.
The company is known primarily for offering new types of coverage - often referred to as supplemental coverage. As an example, in the late 1950s, Aflac introduced a cancer policy, after it identified the need to lift the financial burden of cancer patients and their loved ones.
Over the next decade, the company also started offering its cancer coverage products at worksites, as well as continuing to sell coverage to individuals. By 1970, Aflac was licensed to offer its products in 37 U.S. states.
Over time, the company quickly grew and expanded by offering more products to choose from and focusing on the worksite market. By 1975, the company had expanded into Japan and had written $25 million in premiums in its initial year there. Today, Aflac is the leading provider of medical and cancer insurance in Japan, and the company insures roughly one in four households.
In addition to offering financial protection through its insurance policies, Aflac has provided funds and sponsorship to a variety of organizations over time. For example, in the mid-1990s, the company started to focus its national philanthropic efforts on the treatment and cure of childhood cancer, and it pledged $3 million to establish the Aflac Canter Center at the Children's Healthcare of Atlanta hospital.
Since that time, Aflac has contributed more than $118 million to support kids with cancer. The company has helped to be a good corporate citizen in other ways, too, such as being a steward of the environment and promoting volunteerism through its employees.
The company also takes part in other ethically and socially responsible activities, such as Habitat for Humanity, empowering women in the workplace, and reducing the company's carbon footprint in the environment. In 2011, the company was the first company to ever contribute more than $1 million to the Red Coss. This donation was for the purpose of providing Tsunami relief in Japan.
Aflac has also introduced some revolutionary processes within the insurance industry, such as the SmartApp, which it began offering in 1996, which allowed agents to electronically issue business more quickly and conveniently than ever before. The company has also, more recently, introduced the One Day Pay process, which allows the company to receive, process, approve, and disburse payment to its policyholders for eligible claims within just one business day. Aflac is still headquartered in, Columbus, Georgia.

Today, Aflac insures more than 50 million people worldwide. The company's key focus is on helping people to protect against asset loss, income loss, and supplemental medical expenses. Aflac reaches its customers in a variety of ways, including in their homes, at retail locations, and at their work site.
Aflac's financials are impressive, with the company bringing in total revenues of $5.4 billion during the second quarter of 2017 (this is similar to the company's revenues for the same quarter of the previous year). Net earnings for the 2017 second quarter were $713 million, which is considerably higher than the $548 million figure during the second quarter of 2016.
The company's total investments and cash are also on an upward trend, with $121.9 billion as of the end of June 2017, as compared to $120.5 billion as of March 31, 2017. Aflac is a Fortune 500 company, and it is a stock company, which means that the company's shares actively trade on the stock market. It is listed on the New York Stock Exchange under the symbol AFL.
Over the years, Aflac has earned many awards and accolades, such as being recognized for 11 consecutive years by Ethisphere as one of the World's Most Ethical Companies, and in 2017, Fortune magazine recognized Aflac as one of the 100 Best Companies to Work for in America for the 19th consecutive year.

Due in large part to its strong and stable financial footing, Aflac Life Insurance has earned high ratings from the insurer rating agencies. These include a(n):

In addition, Aflac has been an accredited company with the Better Business Bureau ever since January 1, 1958. The company has been given a grade of A+ from the BBB. This is on an overall grade scale of A+ to F.
Over the past three years, Aflac has closed out a total of 433 customer complaints (of which 99 have been closed out within the past 12 months). Of the 433 total complaints, 197 of them had to do with problems with the company's product and/or service, another 87 were related to guarantee / warranty issues, 84 were in regard to advertising and/or sales issues, 51 had to do with delivery issues, and the remaining 14 were in regard to billing and/or collection issues.

Term life insurance is considered to be the most basic of life insurance protection options. This is because, with term coverage, there is a death benefit provided, however, there is no cash value or investment build up. This, in turn, can help to make term life insurance more affordable.
The term life insurance products that are offered via Aflac are available through worksite payroll deduction only. Because they are provided via a group format, it may be easier for individuals to qualify for this coverage, as there are typically no medical questions asked, and in many cases, there are also no underwriting questions. In some instances, there is also a guaranteed issue option with select term life insurance products.
Aflac's term life insurance plans that are purchased through one's employer are typically portable. This means that the insured will be able to take the plan with them if he or she changes jobs or retires.
In addition to the base term life insurance policy - which will oftentimes cover an individual for $50,000 of death benefit coverage - there may be the option to add an Aflac Accidental Death Benefit rider. This can increase the amount of death benefit coverage that is paid out to the beneficiary, provided that the insured dies as a result of injuries that were sustained in a covered accident. (Accidental Death coverage can also pay out a certain amount of money if the insured sustains certain injuries, such as the loss of a limb and/or the loss of their sight).

Other Products and Services Offered

In additional to term life insurance coverage, Aflac offers a long list of other products and services to its customers. These include the following:

Aflac also offers permanent life insurance coverage. With permanent life, there is a death benefit, along with a cash value component of the policy. The cash in the cash portion is allowed to grow and compound on a tax-deferred basis, which means that there is no tax due on the gain unless or until the money is withdrawn.
Policyholders can borrow or withdraw money from a permanent life insurance policy for any need that they see fit, including the payoff of high-interest debt, the supplementing of retirement income, or even for taking a nice, long awaited vacation.
Aflac offers whole life insurance, which is the most basic of permanent life insurance options. With a whole life insurance plan, the amount of the policy's death benefit will remain the same, as will the amount of the premium payment. This is the case, regardless of the insured's increasing age, and even if the insured contracts an adverse health condition down the road. In fact, the policy cannot be canceled for any reason - provided that the premium continues to be paid.
Given the wide array of products that are offered by Aflac, consumers can be protected from a great deal of financial devastation if the unexpected occurs. In some cases, Aflac's products are available only on an individual basis, and in other instances, they are available as both individual and group product offerings.

If you are seeking the best premium rates on term life insurance protection, then it is typically recommended that you work with an independent life insurance agent or broker. In doing so, you will be able to compare, side-by-side, policies that are offered from many different insurance carriers - and from there, you can determine which one will work the best for your coverage needs, as well as for your budget.
When you are ready to move forward and see what type of life insurance coverage you may qualify for, we can help. We are an independent life insurance brokerage, and we work with many of the top life insurance companies in the marketplace today. We can assist you with obtaining all of the important information that you will need for making a well-informed life insurance buying decision - and we can do so for you very quickly, easily, and conveniently, without you having to meet in person with an insurance agent.
Ready to compare your options? If so, all you need to do is just simply take a quick moment and fill out the information needed on the quote form on this page. And, if you still have any additional questions regarding life insurance, please feel free to reach out to our experts directly by phone. We can be contacted, toll-free, by dialing <XXX-XXX-XXXX>.
We understand that the purchase of any insurance coverage can seem a bit overwhelming. There are many different variables that you need to keep in mind, and you want to make sure that you are moving in the right direction with regard to the type and the amount of the protection that you go with. But, the good news is that this process can be much easier when you are working with an ally on your side. So, contact us today - we're here to help.

Copyright © TermLife360.com - All rights reserved.
About | Contact
This site provides life insurance information and quotes. Each rate shown is a quote based on information provided by the carrier. No portion of TermLife360.com may be copied, published or distributed in any manner for any purpose without prior written authorization of the owner.